The Coach House at Quorn Lodge 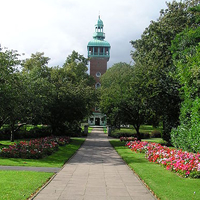 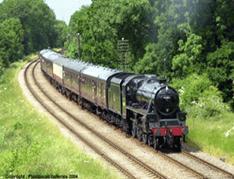 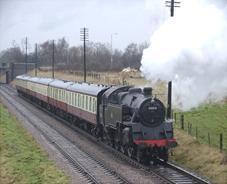 Welcome to Loughborough, the largest town in Leicestershire. For hundreds of years Loughborough has been providing the people of Charnwood and beyond all the goods, services, food, drink and entertainment they need. Today, more than ever, Loughborough is a bustling town centre, full of a fantastic range of shops, restaurants, services, bars and venues.

If you’re a regular to the town you’ll know how easy it is to get here and to get around the town centre. You’ll already  appreciate the huge variety of products on offer and the ease of moving from place to place. If you’re new to Loughborough you’ll enjoy discovering the many gems, from specialist shopping streets, to re gular entertainment, to the tranquillity of Queens Park.

Playing a vital part in the vitality of Loughborough town centre is our regular market, held every Thursday and Saturday. Enjoyed by young and old alike, more than 100 stallholders sell an amazing range of goods and of course create the atmosphere which only an outdoor market can offer. For those who really care about their food there is a farmers market held on the second Wednesday of the month. There is also a Friday bric-a-brac market and occasional continental and craft markets.

During the year you’ll find all sorts of events taking place in Loughborough town centre including music, dance and comedy. Every August the Market Place turns into the seaside, with beaches for kiddies to play in. In November the annual street fair takes over the town centre in a riot of sound and light. In the run-up to Christmas, Loughborough offers a whole range of entertainment, as well as fantastic festive illuminations.

So whether you’re a local or a visitor there’s always plenty to see and do in Loughborough town centre. All the choice of a city, without the big city hassle.

Great Central Railway
The Great Central Railway is Britain's only double track main line heritage railway. The stations of this railway are restored to different periods of the main line's history. Loughborough reflects the end of the era in the 1960s. Quorn & Woodhouse played a significant part in the embarkation of troops for the D-Day campaign of the Second World War and so reflects the 1940s. Rothley is the oldest period, restored to the gas lit Edwardian era of the turn of the last century.
Great Central Road, Loughborough, Leicestershire, LE11 1RW
Tel: 01509 230726

Quorn
Quorn station is one of the principal stops on the Great Central Railway and it has become a mainly residential village. Quorn is known world-wide for its link with Hugo Meynell, a dominant figure in English foxhunting who lived at Quorn Hall from 1753-1800. D.H. Lawrence frequented the village in the early 20th century as he became engaged to a Quorn lady for a short time. There are several ecclesiastical buildings of note in the village, including St. Bartholomew's Parish Church, built from local Mountsorrel granite.

Swithland
Swithland is a pleasant Forest village close to both the Woods and Reservoir, which also bear its name. The village is known well beyond Charnwood for its dark blue slate, which produced roofing material from the times of the Romans to the 19th century. The same durable material has also been used for headstones in many churchyards over a wide area of the Midlands. The village has a number of slate built cottages in a style unique to the Charnwood area. St Leonard's Church sits by the edge of the parkland of Swithland Hall, ancestral home of the Earls of Lanesborough.

Our attractive single-site campus provides an environment that is stimulating and supportive, offering first-rate facilities for both students and staff. There is a real pride in the University that touches everyone associated with it, and in this our centenary year that pride continues to grow.

Loughborough University
Has an international reputation for excellence in teaching and research, strong links with industry, and unrivalled sporting ...
Loughborough is a fantastic place to study and work, boasting unrivalled sporting achievement, internationally acclaimed research and outstanding teaching quality – attributes that helped us to secure the prestigious Sunday Times ‘2008/2009 University of the Year’ award.

Loughborough is at the heart of England in the northernmost part of the county of Leicestershire and being centrally placed it is well served by road, rail and air.

Main line road and rail networks link Loughborough directly with the rest of the country and the town itself is served by excellent bus services. Loughborough University is less than two miles away from junction 23 of the M1 motorway. London is one-and-a-half hours away by train, Birmingham one hour and Manchester and Leeds around two hours. There are regular scheduled flights from UK, European and international destinations to East Midlands Airport, only 7 miles away.

Whatever your reason for coming - and there are plenty - here's the travel information you need to find your way to Loughborough University.

We are located at:

If you have any queries or wish to make a booking, please contact us:

Get social with us.